Jorden Boulet, a current grad student of the MFA program at PXL under the guidance of Koen van den Broek, is expanding his practice of painting into multidisciplinary work. Boulet reflects to the experience economy, our individualistic and unsatisfiable quest for paradise, and the social issues of our post-global society.

For oofspace.xyz, Boulet turns to the branding of the artist in today’s art world. With the transformation of the bohemian genius into the astute businessman, the artist has become more a marketeer than a producer of work. The creation of the work has been outsourced and the work itself is a repetive formulation of the brand Jorden Boulet and his website www.jordenboulet.be

Jorden Boulet’s Exchange Promotion, a performance based installation that plays on the maniacal self-promotion performance is not executed by the artist but through an intermediary, enhancing the distance between the work and the artist and repositioning the artist as a manager rather than the romanticized idea of the bohemian artist.

The museum run organized by amuseevous for the city-triennial Hasselt-Genk: ‘Trademarks’ was an opportunity for Boulet to respond in an ironic way to the exhibition. By running as president of (and with) his own fictitious football team, he infiltrates the participating museums and thus becomes uninvited part of the triennial. 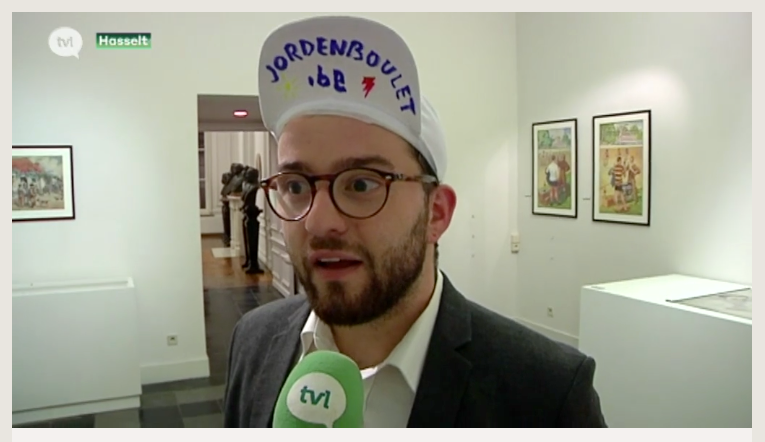 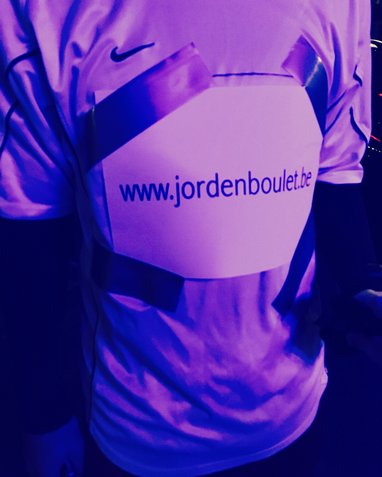 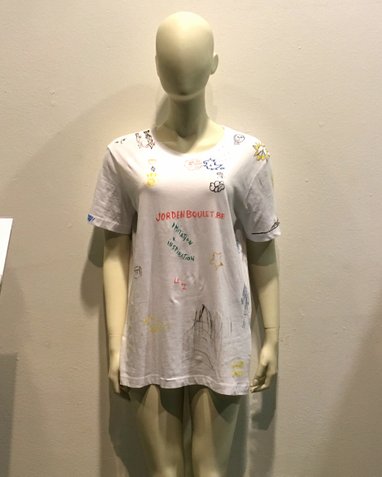 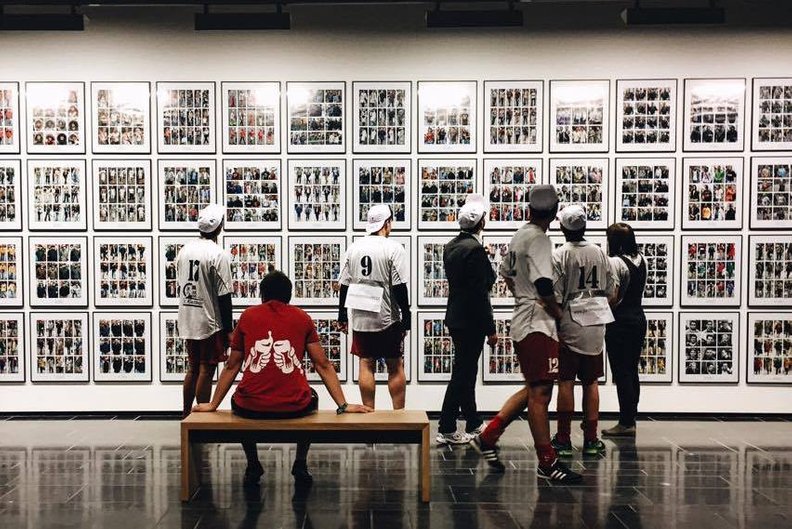 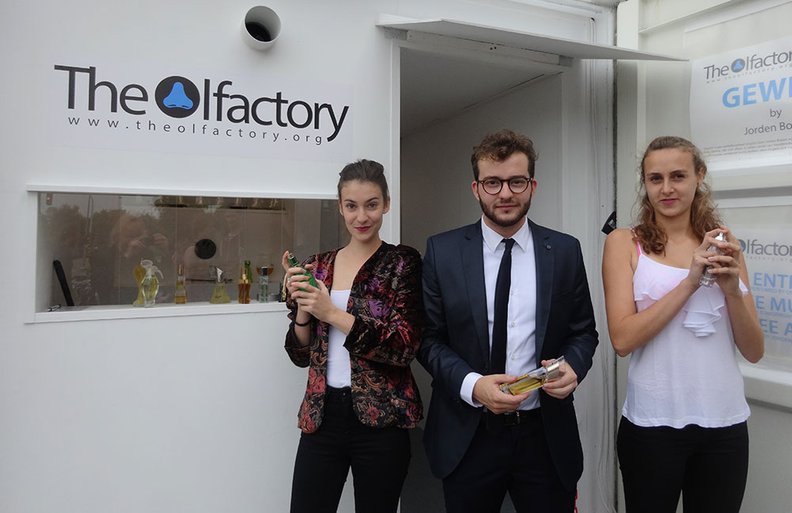 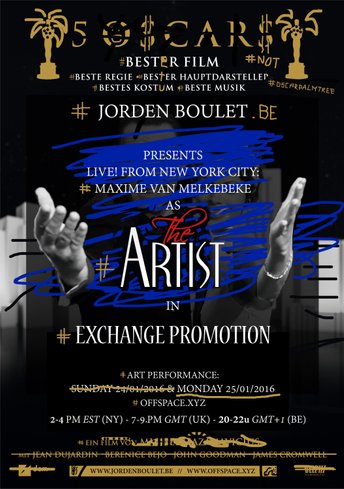 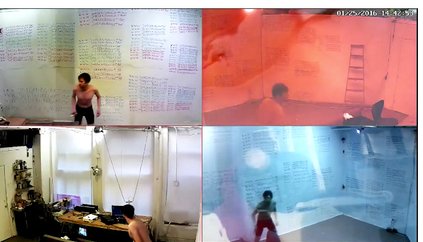 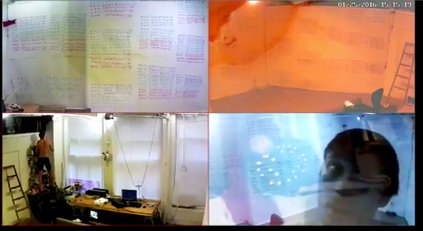 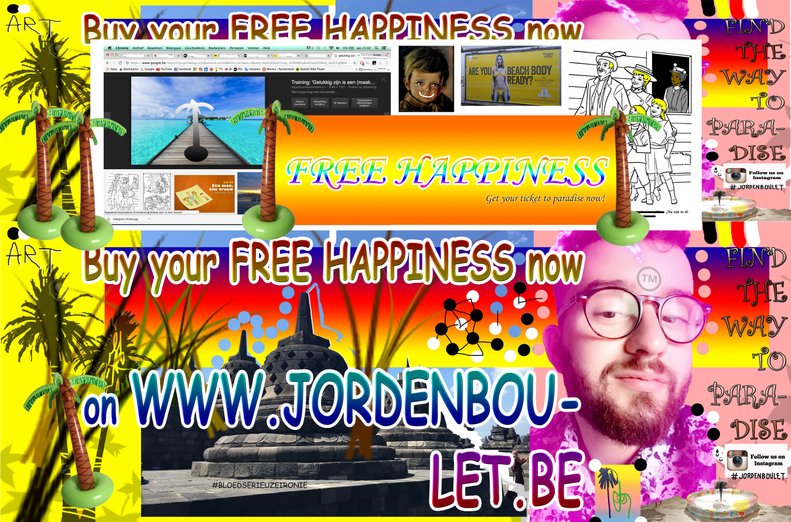 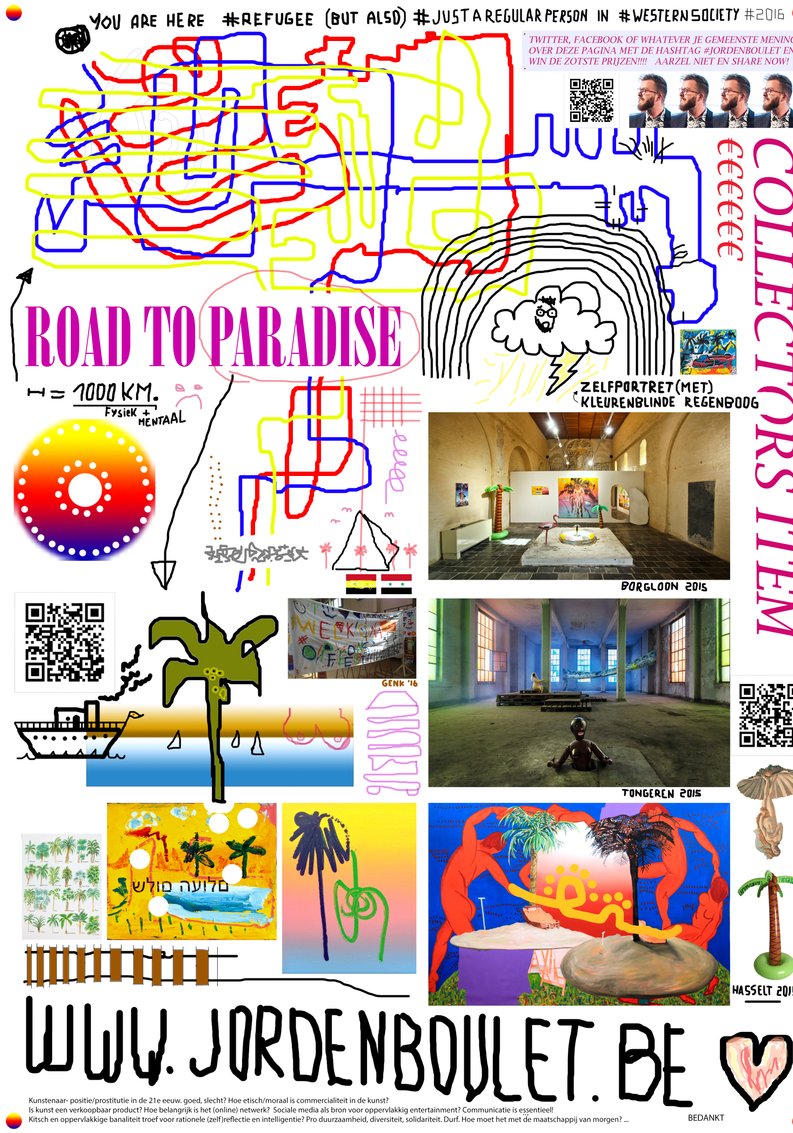